Instagram has removed the link to IGTV content from its homepage and this triggered chatter among netizens. Does this move by Instagram indicate the failure of the IGTV feature? We are taking you through some valuable insights. Have a look…

Why was IGTV launched?

IGTV was introduced in 2018 against YouTube to facilitate high-quality video sharing on the app. When you log in to IGTV, it starts playing vertical videos from the people you follow. You also see relevant recommendations.

It was probably a move by Instagram to boost user engagement.

A spokesperson for Instagram said: “Very few are clicking into the IGTV icon in the top right corner of the home screen in the Instagram app. We always aim to keep Instagram as simple as possible, so we're removing this icon based on these learning and feedback from our community.”

IGTV had a tough time because of TikTok

With the rise of its strong rival TikTok, IGTV was given the back seat by users. According to TechCrunch, IGTV has had only 1.1 million downloads in the US since 2018. The graph inclined for TikTok which had 80X more downloads as compared to IGTV i.e. 80.5 million

What is the current status?

It is predicted that the IGTV button seemed useless as most viewers used to see videos from preview. Very few viewers opted to hit the IGTV button. Instagram thus decided to remove the button. 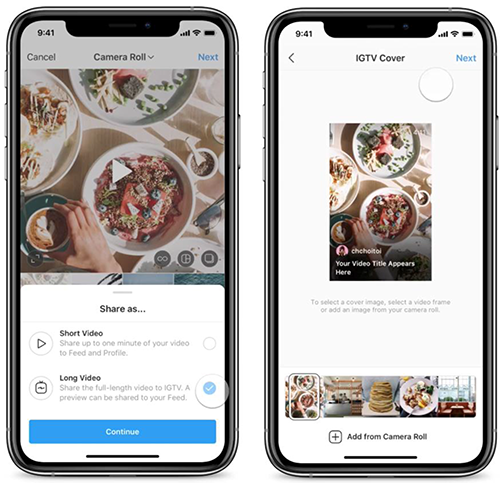 It is known from a Facebook Company spokesperson that “We want to keep our video upload process as simple as possible. Our goal is to create a central place for video uploads”

Instagram users can now share videos directly from the Upload interface by selecting either of the given options.